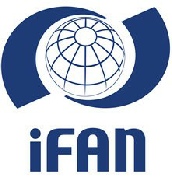 Standards make the world go round…

The current structure of the Federation is presented below. It includes the Members' Assembly, the Board, working and project groups, and the Secretariat.

The Members' Assembly is a meeting of delegates nominated by the members and the Officers (President, the Vice-Presidents, the Treasurer and the Secretary). The IFAN Members' Assembly meets at least once each year, usually in September to November. Its agenda includes, inter alia─

 reports on follow-up actions with regard to IFAN resolutions,

 reports on IFAN Board activities,

 election of IFAN Officers and Board members.

The Members' Assembly is hosted, as a rule, by one of the IFAN member organizations.

The operations of IFAN are governed by the Board consisting of the President, the Immediate Past President (if appropriate), the two Vice-Presidents, the Treasurer and four additional elected members and the Secretary. The Board usually meets face-to-face twice a year and at other times when required by audio conferencing.

The Secretariat of the Federation is composed of the Secretary and the staff assisting the Secretary to perform his/her duties which include, inter alia: organization of the meetings of the Members' Assembly and the Board; preparation of agendas and relevant working documents for the meetings; composition and distribution of the minutes and reports on the meetings; and execution of resolutions of the Members' Assembly and of decisions of the Board. 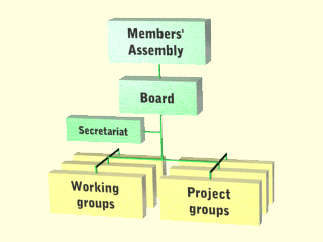